A Rup Life received a copy of this DVD for review purposes. This post contains affiliate links. 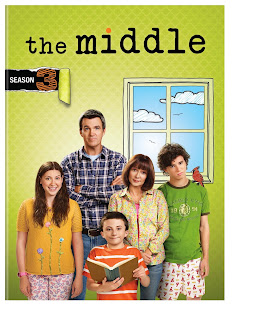 Have you seen The Middle?  I have to say it is one funny show!  I think most parents of slightly older kids can totally relate to the parents in this show.  The kids are quirky and really add character to the show!  I love the younger kid Brick with all his social issues because we have a bit of that at home too.  Oh and don't get me started on their financial situation! This show is the MODERN ROSANNE!

about:
The quirky misadventures of one of the Heartland’s most hilarious families, the Hecks, are captured on Warner Bros. Home Entertainment’s (WBHE) release of The Middle: The Complete Third Season, available on October 8, 2013. Family dynamics have never been funnier! This three-disc collection features 24 hilarious half-hour episodes plus bonus features including a laugh-out-loud gag reel and deleted scenes.


You can purchase THE MIDDLE: THE COMPLETE THIRD SEASON at your local retailers and online at places such as Amazon!
Posted by A Rup Life at 9:00 AM