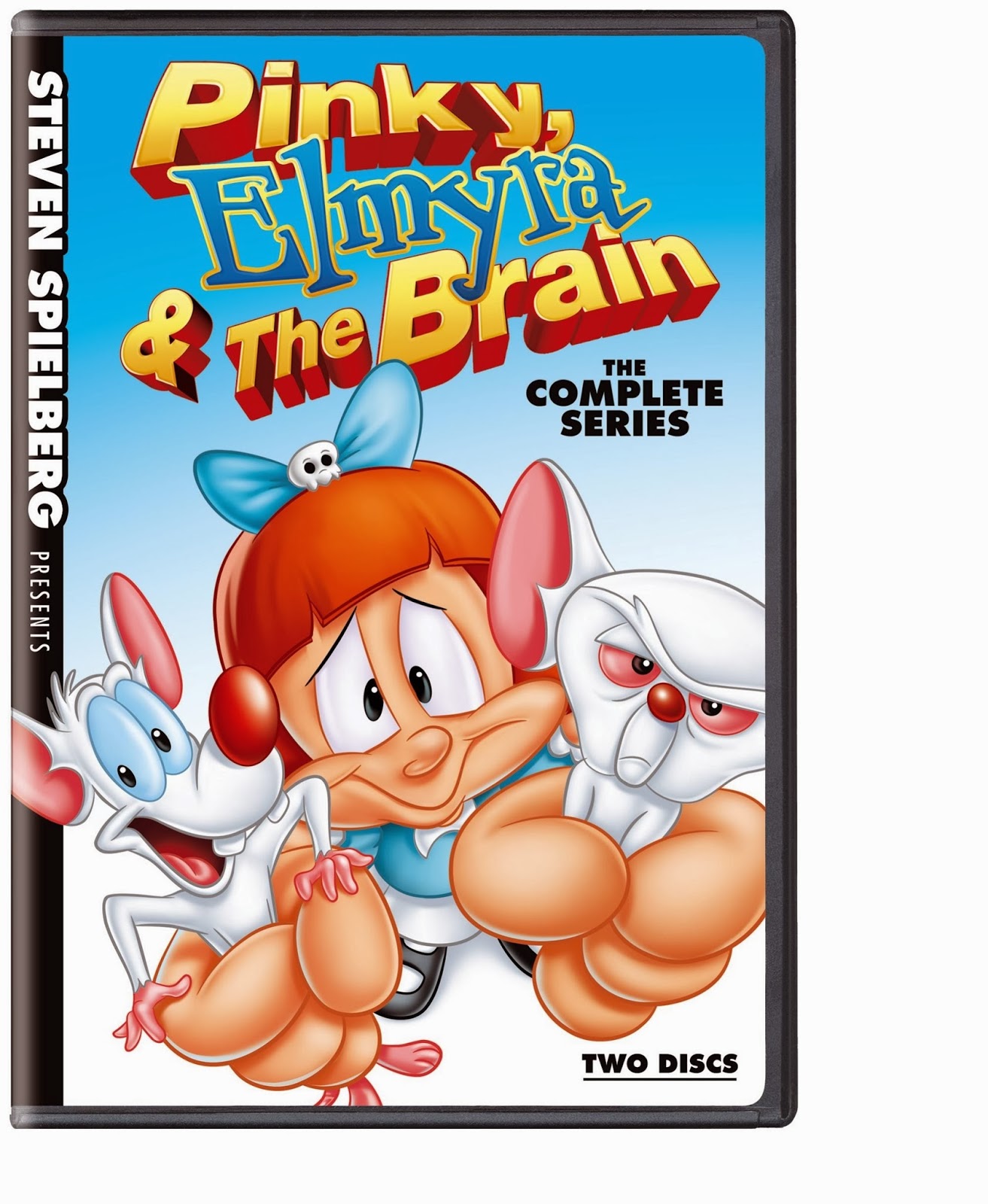 What could be more fun than an entire dvd devoted to Pinky & The Brain?  I used to love that show when I was a kid!  Guess what my kids are enjoying the series now too with the release of  Steven Spielberg Presents: Pinky, Elmyra & the Brain The Complete Series DVD!

In Steven Spielberg Presents: Pinky, Elmyra & the Brain The Complete Series, Acme labs have closed, resulting in Pinky and the Brain ending up in a pet shop. Enthusiastic pet lover, Elmyra Duff, from the popular series Tiny Toon Adventures, purchases a turtle from the same shop, but does not realize the turtle is carrying Pinky and the Brain  inside its shell. With eccentric Elmyra as their new owner, Pinky and the Brain must endure her torture-tinged affection, all the while continuing their plans for global domination.

I love the lines:
Pinky:  What will we do today brain?
Brain:  The same thing we do everyday Pinky, try to take over the world!

What fun!  Two lab rats with ambitions to take over the world.  I used to watch this show after school and my kids are now enjoying the episodes.  I love hearing them giggle while I'm listening along!  It was fun then and has really lasted the time!


You can find Steven Spielberg Presents: Pinky, Elmyra & the Brain The Complete Series DVD at your local retailers and online at stores like Amazon.
Posted by A Rup Life at 7:00 AM