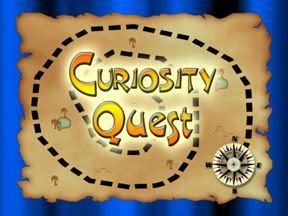 I have a great review to bring to you this week!  Curiosity Quest sent me two of their fantastic dvds to review!  I love having resources like this on hand to either supplement learning or just for some fun clean television watching.

Host Joel Greene wants to answer the question of what YOU are curious about.  Then he takes you on a television adventure to find out about that topic.  Greene shares his experiences with the view audience making you feel like you are on the quest with him!

Age Range:  Recommended for ages 7-14 (I think this could be fun for the whole family!!)

How we used the product:

My bigger kids (11 & 13)  were the ones watching these DVDs.  We took to nights and watched straight through.  I think if they were a little younger I'd have broken it up a bit.  The DVDs were wholesome and family friendly so we had no problem with our three year old playing in the room while we watched. 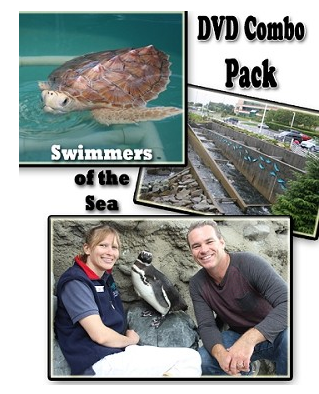 Sea Turtles:  We joined Joel Greene at the  Sea Turtle hospital in Marathon, Florida.  There he met with friendly staff that introduced him to all the rescued turtles.  Joel was able to feed some of the larger turtles and even see some baby turtles.

Penguins:  At Monterey Bay Aquarium Joel joins husbandry team to learn all about Penguins.  This was especially a favorite because we LOVE penguins!!  They talked about diet and how their food was prepared as well as their habitat.  Joel even got to touch a penguin which he describes to the viewers! 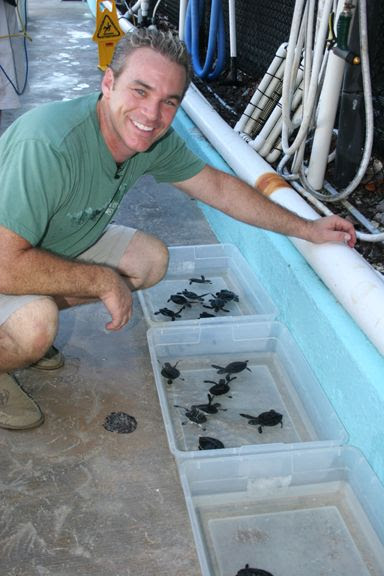 Salmon:  This was the most interesting episode to me!  Joel heads to a Salmon hatchery in Alaska to learn all about Salmon.  We see three different types and learn about their life cycle.  From babies to adults and how they spawn! 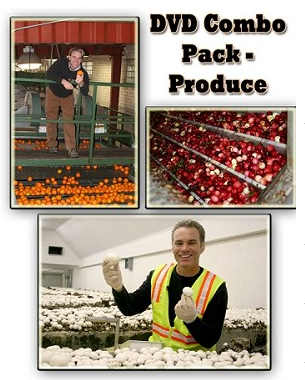 Mushrooms:  In this episode we travel to the Monterey Mushrooms facility to learn all about these fungi!  We see how they start with  soil and end with a premium mushroom.  Joel even gets a lesson on picking mushrooms!

Cranberries:  For this Quest Joel battles the weather in Wisconsin at a Cranberry Bog! Did you know that cranberries don't actually grow in water?  I didn't either!  They have chambers that cause them to float and the flooded bogs help to harvest! 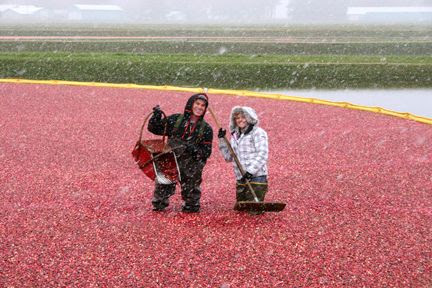 Orange Packing:  Joel learns the ins and outs of where our oranges come from.  Watch him pick the oranges and then see their journey from tree to package.  You will enjoy the amazing process  in which a computer helps decide weather a orange is the perfect orange or not so good!

We really enjoyed all of the episodes in both of these DVDs.  Joel Greene is personable and enjoyable to watch.  There was SO much information and it is pretty awesome that we now have some neat facts about our food and sea-life. There were two small references to evolution (in the mushroom and turtle episode) but we just took the time to discuss them after the episode.  They didn't stay on the subject it was more of a casual ~ Did you know turtles were around millions of years ago with the dinosaurs ~ kind of conversation.  I wasn't all that concerned but I know some people would want to avoid that kind of thing.

I'd like to also mention as a option that Curiosity Quest also offers a homeschooling option where you can get 2 episodes and curriculum sent monthly to your house for just $24.95 a month.