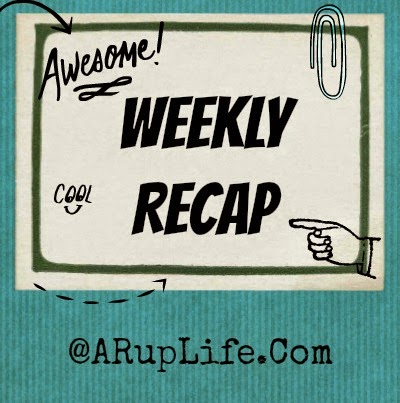 It has been kind of a slow week for me in the blogging world.  I have things I want to share with you and reviews to go up for both sites but I caught my three year old's cold.  I feel awful and on top of that he is pretty miserable as well.  We had a fun weekend planned and sadly I had to cancel most of it.  Hoping to be better for church by Sunday.

Here is what I have blogged about:

Study Math Online with CTC Math {Review} - we love this math!  Since writing my review my oldest has asked to start doing it as well.  I think that says a lot about this program because he never wants to do school let alone something new!

*Coming Soon* Blogging The Bible A-Z #abcblogging -  I'm super excited to be starting this ambitious series.  I've only attempted one series on this blog ever (the wild card cricut series) and I had to stop about 8 from the end because I became pregnant with my littlest.

D is for Django by Django Jones #WIN  - this fun cd will be a great addition to any library.  There is also a giveaway going on for this one so don't forget to enter!