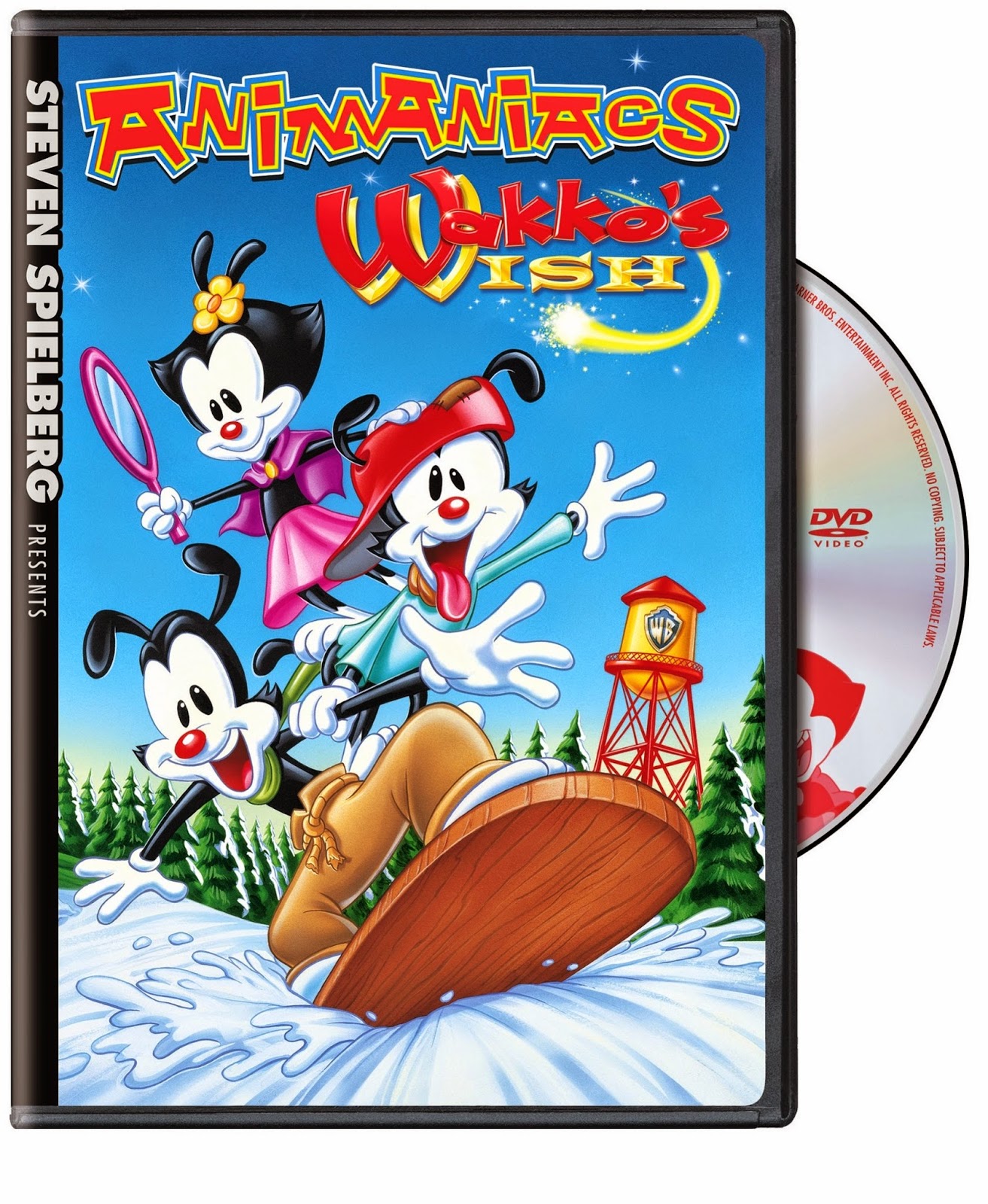 I loved the Animaniacs growing up!  Their silly antics always cracked me up!  I still bring up episodes to talk about with the kids.  They have really enjoyed watching them as well.  The newest on dvd is Animaniacs Wakko's Wish.  This is the perfect Animaniacs dvd for the winter holiday season!

Get set for hilarious Animaniacs antics the whole family can enjoy together. Warner Bros. Home Entertainment (WBHE) brings viewers Steven Spielberg Presents: Animaniacs Wakko’s Wish, the feature length animated adventure available on DVD for the first time. It’s musical, magical mayhem in this wintery tale that includes 15 original songs. This release will be available in stores October 7, 2014 and will retail for $19.97 SRP.


Life is not the same in the little village of Acme Falls. The once-cheerful villagers are being taxed to the extreme by the greedy Baron Von Plotz. To make matters worse, Dot has fallen ill and needs medical attention. Out of options, Wakko wishes upon a star. His wish is granted, but with a catch – he must find the fallen star and touch it for his wish to come true.


Word gets out about the lucky star, and the race is on! Pinky and the Brain, Slappy and Skippy Squirrel, Mindy and Buttons and many more well-known Animaniacs co-stars hit the road to animated pandemonium as they sprint to reach the star first. Join the hilarious hustle and your wildest wish will come true – an abundance of Animaniacs mania!

You can purchase your copy of Animaniacs Wakko's Wish  at your local retailer or online at stores like Amazon.

One lucky reader will win a copy of Animaniacs Wakko's Wish!  Enter below!