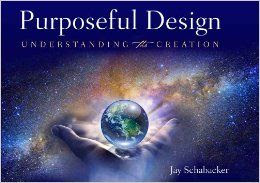 I was recently sent a fascinating book from Purposeful Design for review.  This book can be read to your child or used more like a curriculum.  It covers God's plan and design during the first seven days - which Christians refer to as Creation.

This is a hardback book that features 94 pages and is appropriate for all ages.


How we used this book:

This book could be used in several ways.  It could be used for Bible or Science.  I also like the idea of using it as a unit study for the first 7 days of creation.  For us we used it as a supplement.  Basically I just sat down with my middle son and read some of the chapters to him occasionally my oldest would overhear something and join us.

The way it is written it is easy to just take it in with short readings.  The book includes lots of facts that we all found to be pretty awesome.  For example in chapter four the Sun is discussed in reference to Stone Henge.  We all thought it was interesting to see how the sun is an important factor to how the stones are laid out.  On the next page there is a paragraph about the 9/11 memorial in NYC.  I did not know that it was constructed with a section allowing the sun on a certain day (9/11) to shine through.

The science and applications in this book really make this a gem.  We have really enjoyed taking it all in slowly and then going back and re-reading.  I said above it is for all ages but I think it could be started at a young age and revisited many times through the years.  On the website is a great little Purposeful Design Young Explorer's Club that would be great for younger students.  While we didn't use it because my kids are in Junior high and above - I thought it look like some awesome material.

Knowing the story behind creation is so very important as believers.  We don't realize how much of an influence the world has on us until we take the time to really study out our world and how our Heavenly Father designed it.  Everything in our would has a purpose and a plan from our Maker.  This book is a valuable tool in teaching and  creation to our children.

In the beginning God created the heaven and the earth.
And the earth was without form, and void; and darkness was upon the face of the deep. And the Spirit of God moved upon the face of the waters.
And God said, Let there be light: and there was light.
And God saw the light, that it was good: and God divided the light from the darkness.
And God called the light Day, and the darkness he called Night. And the evening and the morning were the first day.  - Genesis 1:1-5 KJV