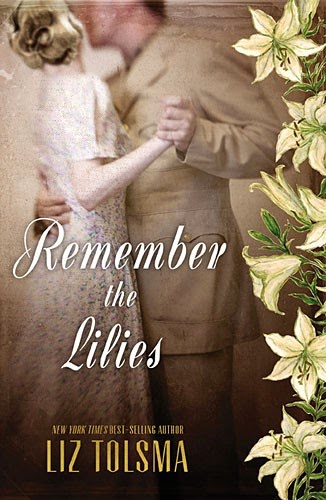 I'm delighted to share with you a new book,  Remember the Lilies by Liz Tolsma.  This story is a love story about Rand and Irene.  Both being held as war captives - they have difficult lives.  However both have strong values and morals that lead their daily lives.  A series of fateful events have them crossing paths and ultimately spending quite a bit of time together.  During that time they grow from friendship to love.


The question is can they forgive past events, move forward and make it out of captivity alive?  I felt like this story was powerful.  Tolsma wrote realistic characters for the survival conditions they were facing.  She gave them lives in spite of the hardship they endured.  I loved the bit of WWII history that was woven into the tale.  I loved the way salvation was incorporated into the story as Rand comes to know Jesus.  I also love how forgiveness was an essential theme.  This was a great read and I thoroughly enjoyed it.

You can purchase your copy of Remember the Lilies at your local book retailer or online at stores like Amazon.


Interred by the Japanese, missionary Irene Reynolds comes across a mysterious note while working at the censor's office. She memorizes the parts she must black out and delivers it to wealthy nightclub owner Rand Sterling. Before she knows what's happening, she's drawn into a web of secrets and danger.

Rand Sterling wants nothing more than to reopen his nightclubs once the war ends. But slimy Frank Covey wants his hand in the till---and has news that could threaten Rand's reputation if it became public. More importantly, beautiful and intriguing Irene Reynolds cannot discover this information if he expects to persuade her to become his wife.
When Irene is attacked by a sinister Japanese guard and their secrets are exposed, they must learn the true meaning of forgiveness---if they can stave off starvation until the American troops bring freedom.


This gripping new tale from Liz Tolsma, Remember the Lilies, is a must-read for fans of WWII-era fiction. When Irene is attacked by a sinister Japanese guard and their secrets are exposed, she and Rand must learn the true meaning of forgiveness—if they can stave off starvation until the American troops bring freedom.

Help Liz celebrate the release of Remember the Lilies with a Kindle Fire giveaway!

One grand prize winner will receive:

Enter today by clicking the icon below. But hurry, the giveaway ends on 2/19. Winner will be announced at Liz's Remember the Lilies Facebook author chat party. RSVP for a chance to connect with Liz and WWII fiction fans, as well as for a chance to win some great prizes!

RSVP today and spread the word—tell your friends about the giveaway via FACEBOOK, TWITTER, or PINTEREST and increase your chances of winning. Hope to see you on the 19th!