THE TOM AND JERRY SHOW SEASON 1 PART 2: FUNNY SIDE UP ON DVD 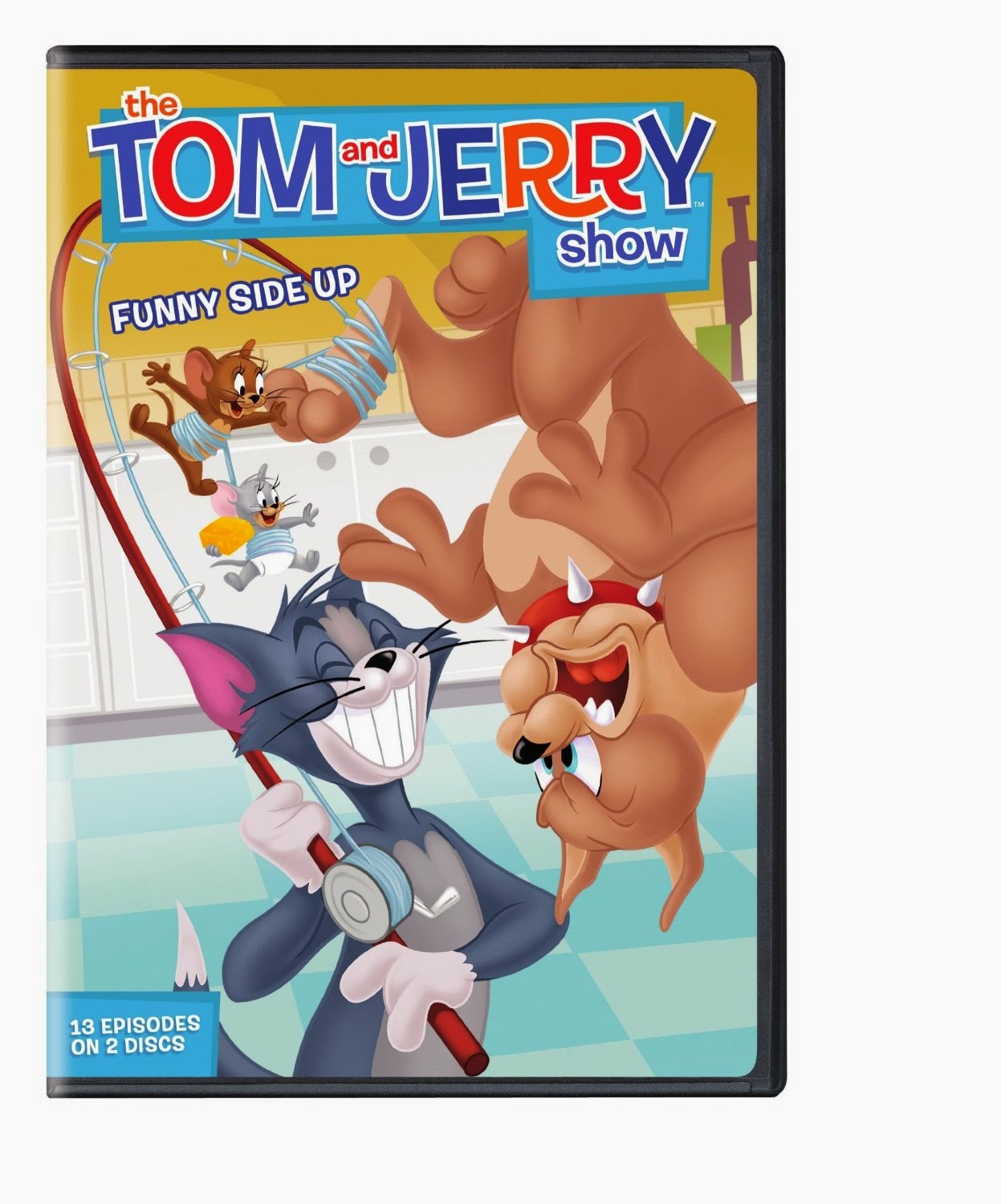 I have another great DVD to share with you!   The Tom and Jerry Show Season 1 Part 2: Funny Side Up - which released in January - is a fun filled collection of mouse verse cat antics! My big kids love watching these guys on screen.


The timeless adventures of Tom and Jerry are back in a brand-new TV show the whole family can enjoy! The Tom and Jerry Show Season 1 Part 2: Funny Side Up features 13 exciting escapades featuring Tom and Jerry and their favorite pals, including Spike and Tuffy.  The pursuit takes off as Tom, Jerry and the gang fly through unfriendly skies in Just Plane Nuts. Detectives Tom and Jerry are on the case to find Spike’s missing dog bones in Bone Dry. Love is in the air when a mad scientist transports Tom and Jerry to Paris to meet a girl cat and a girl mouse in Molecular Break Up. Jerry and Tuffy cause havoc on a luxury cruise liner in Cruisin’ for a Bruisin’. These and several other hilarious episodes are featured in this entertaining set.
“With cutting-edge animation and innovative story-telling, The Tom and Jerry Show, has brought a classic cartoon to a brand-new generation of viewers,” said Mary Ellen Thomas, Vice President Family & Animation Marketing. She added, “The Tom and Jerry Show Season 1 Part 2: Funny Side Up will delight viewers of all ages. We’re delighted to bring another entertaining Tom and Jerry release to consumers.”
Originally created by William Hanna and Joseph Barbera, Tom and Jerry emerged during Hollywood’s golden age of animation and became one of the most popular cartoon series in existence. The shorts focus on the never-ending rivalry between Tom the cat and Jerry the mouse. The plots of each short usually center on Tom’s attempts to capture Jerry. Jerry however, is clever and quick on his feet so Tom hardly ever manages to catch him.
Featured Shorts:


You can purchase your copy of The Tom and Jerry Show Season 1 Part 2: Funny Side Up on DVD at your local retailer or online at stores like Amazon.