I have two great DVDs to share (and giveaway) with you today!  We've been enjoying the pair these past few weeks and I know you all will too!  My little guy has watched ABC Monsters more times than I can count.  Houdini was nice because it drew the attention of both my little guy and the bigger boys! 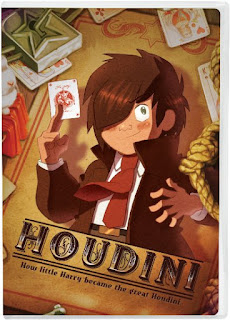 About Houdini:
Twelve year-old Harry has lived and breathed magic since his early childhood. The problem is that his hometown, Appletown, is not the best place for his natural talent to blossom.  Although he rehearses endlessly in his parent’s barn, he realizes that his dream is just that – a dream.  One day, Harry happens upon an opportunity of a lifetime--the New York mayor has announced a magic competition due to the official opening of the Statue of Liberty.  However in order to try out, one must be trained by a real magician.  Poor Harry doesn’t know a single one.  As fate would have it, Harry’s father runs into the renowned town magician, the Great Tesla and he promises to see Harry.  Despite the young boy’s lack of knowledge, Tesla sees potential in Harry and decides to give him a chance.  He invites him to his home, accompanied by his niece, Beth, and his assistant Amrold.  Will Harry have what it takes to make it as a true magician? 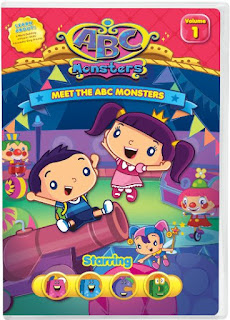 About ABC Monsters:
Meet the ABC Monsters!  They are big, hairy and not very scary.  The ABC Monsters are on the loose and only Alice, Brian and Cherry Berry can catch them.  Twenty-six cuddly ABC Monsters live within the walls of Capital Castle.  Each monster represents a letter of the alphabet, but should any of the monsters go missing for longer than a day, all the letters will be wiped clean from every book in Capital Town, so it’s very important to make sure that all the ABC Monsters are always back in Alphabet Gardens before sundown.  This isn’t as easy as it sounds.  The ABC Monsters are curious and happy creatures so they tend to wander off from Alphabet Gardens and get lost in the process.  In each adventure, Alice and her good friends Brian and Cherry Berry must search high and low for one of the missing monsters.  Get set for a spellbinding series of magical adventures that engages preschool children’s imaginations, while making learning exciting and entertaining.

You can purchase ABC Monsters or Houdini at your local retailers or at online stores like Amazon.

WIN WIN WIN
One lucky reader will win a copy of both DVDS!

ARupLife.com received product, press or compensation to facilitate this review. This post may contain affiliate links. We only give our honest opinons of products. This post is in accordance with the FTC 10 CFR, Part 255 concerning the use, endorsements or testimonials in advertising.
Posted by A Rup Life at 8:00 AM