Guest Post: Why I Chose To Homeschool My Son Who Has Autism 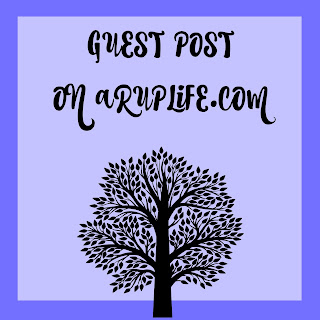 I'd like to thank Missica from The Open Window - An Autism Blog for writing this piece for A Rup Life.

Why I chose to homeschool my son who has autism

Autism....the one word I dreaded most. I can't explain it really, how I knew before he was even born. I picked up a magazine one day when I was around 20 weeks pregnant, and in it was an article on autism. I didn't know much about the disorder, but it was as if God sent this article directly to me. From that point on I had this nagging feeling that something just wasn't right. My son was born 5 weeks early, and every delay was blamed on his early arrival. But again, I knew something just wasn't right. He wasn't progressing and developing with his peers at all. Finally, when he was 13 months old, we changed pediatricians and I made the call to our local Early Intervention organization to have him tested. A year later, after countless hours of therapy, my greatest fear was confirmed by a smiling doctor who informed me that my child was autistic. I admit it. I mourned. I mourned all the dreams and all the hopes and wishes for the future that I thought were lost. I mourned. I grieved. Then I went to work. I wasn't going to accept this diagnosis as an end all. I wasn't going to accept that he would never speak or show varied emotions. I wasn't going to accept any of it! That is when I made the decision to homeschool, but at the time I didn't realize it.

You see, I had been in college - Pre-med no less -and dropped out in order to provide one on one therapy and instruction to him for as many hours per day as we could. He started to show progress, and lots of it! I enrolled him in a public special needs pre-school program, and while he made progress it just wasn't on the same level as it was when I was doing one on one instruction with him. Two years later it was time to enroll him in Kindergarten. I had purchased a piece of land near the best school in our area of the state just so he could attend this school. It was new, innovative, and great....it was a total let down. He had a cousin who had been a student at this school, and he also has autism. Sadly, at his first IEP meeting I discovered that his cousin was apparently the first student they had encountered with autism, and as a result they had based their entire action plan on him. Now, if you know one child with autism....you know ONE child with autism. What triggers one child may be a comfort to another. You would think since I am his mother, and I had spent the last 5 years working with him, I would be seen as the foremost expert on my own child. This was not the case. They simply could not accept the fact that my child did not line up crayons, or shriek when a bell rang, or refuse to adapt to change. Well....that wasn't my child! Those traits may describe his cousin, but they did not describe him. They also could not accept the fact that my child was a runner, he was not a complacent individual content to blindly follow commands. He would go outside, and he would run. He would wander the school building. He would get lost, or worse. I requested the ability to walk him to class, and then pick him up from the class. This was denied. I requested special needs bussing so that when the sitter, who doesn't drive, was with him he would have a way home-this, too was denied. Thus our homeschooling adventure began. Over the years I've discovered quite a few "perks" to homeschooling that for us, make homeschooling the perfect option for children with autism. Here, I'll list 7.

My son is now a "5th grader." Whatever THAT means! Autism is a spectrum disorder, meaning it has a wide variation of signs/symptoms, and severities. For us, that also means there is a wide variety of academic levels. We may be doing a 3rd grade program on written communication and a college level science course.


2.) One on One Instruction

Time and time again, studies have shown students perform better with a smaller student/teacher ratio. You can't get any better than 1:1! I'm there to assist him, witness his weaknesses and build upon his strengths.

Oh I can't tell you the number of times I hear, "But what about socialization, it's so important in autism therapy."  Yes, yes it is. But real world socialization is not found in a classroom sitting behind a desk. It isn't on the playground as a young child trying to decipher misunderstood social ques that are foreign to him. Real socialization comes from experiencing the world. He learns how to conduct himself at a bank meeting, how to interact with people at the grocery store, how to order his own meal in a restaurant, how to handle himself during a business meeting. He knows how to adjust to a college classroom. These are all the opportunity afforded us thanks to homeschooling. I am able to teach him real world scenarios as they happen, instead of reading them to him in the form of a social story.

Sometimes things just get overwhelming and you need a break. Homeschooling allows you to incorporate your own sensory diet if needed, or as many breaks as needed.

Field trips, science experiments...need I say more? My son learns best by DOING. He can do so much more being homeschooled!

Sleep is a big thing with our flavor of Autism. There are times he doesn't sleep at all. There is no way he could function to his full potential in a school setting like that. But at home, I can tone the day down a bit, let him sleep in a little longer, and still accomplish what we need to do.

Being homeschooled allows me to control his environment during our school work hours to help minimize distractions and behavior triggers, allowing him to learn more effectively.