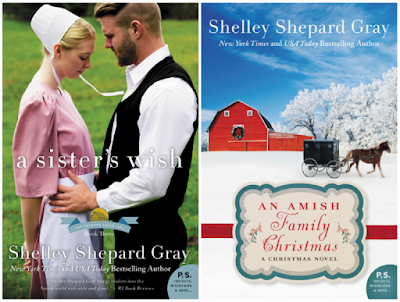 I have loved the Charmed Amish Life Series from Shelley Shepard Gray and I really enjoyed the final two installments of this series. (In fact I'm sad to see it end...maybe we can band together and beg for more?) For this review I was given the last two books to share. So I'll be talking about them both. 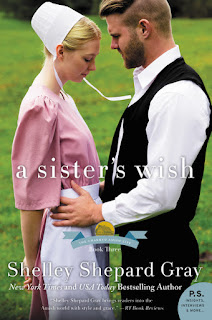 In Shelley Shepard Gray's third book in her Charmed Amish Life series, a respectable young woman finds herself falling for an Amish man from the wrong side of the tracks.

Amelia Kinsinger is the perfect Amish woman---at least according to her neighbors. And while Amelia takes pride in her role as homemaker, she's also harboring a secret: She's been in love with bad boy Simon Hochstetler for as long as she can remember. Too bad he's about as far from "perfect" as an Amish man could get . . . but that's exactly why she's so drawn to him.

Life hasn't been kind to Simon. He ran away from an abusive home at fifteen and things went downhill from there. Eventually, Simon landed in prison. But the experience changed him. Now back in Charm as a grown man, he's determined to make a new life for himself and not think too much about his wild past . . . unless it pertains to Amelia.

He's loved Amelia for years. To him, she represents everything good and kind in the world. When he realizes that she returns his affections, he starts calling on her in secret, even though her older brother Lukas---who just happens to be Simon's best friend---has made it perfectly clear that Amelia deserves better. Simon disagrees and believes he's the only one who can truly make her happy.

But when Amelia gets hurt, it sets off a chain of events that forces them to consider their future together---and face their past mistakes. There's a chance for love . . . but only if Simon dares to trust Amelia with the secrets of his past. 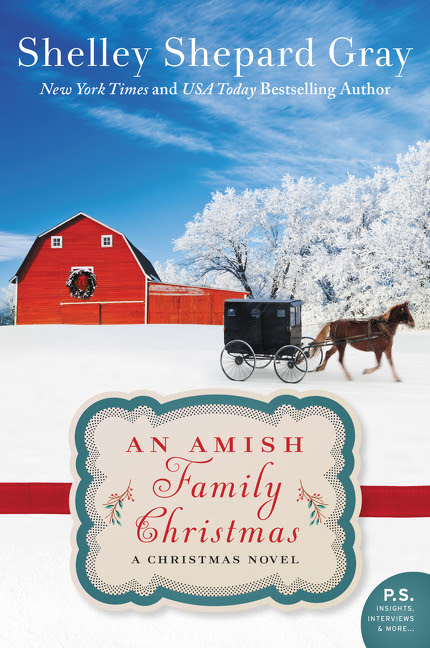 In Shelley Shepard Gray's fourth book in her Charmed Amish Life series, an unlikely Amish romance reveals that Christmas is a time for family, miracles---and love.

Ever since his father died in a tragic fire, Levi Kinsinger has felt adrift. Newly returned to Charm, Ohio, Levi is trying to fit into his old life, only to discover he seems to have outgrown it.

But when Julia, his young widowed neighbor, asks for his help with a Christmas project, Levi finds a sense of purpose for the first time in months. She and her daughter are new to Charm and could use a friend, a job Levi takes personally. Soon enough, friendship grows into attraction, but Levi can't help having doubts. There's something about Julia that doesn't ring quite true . . .

Like Levi, Julia Kemps has survived her fair share of hardships---but only by hiding the truth of her past. Being an unmarried mother in an Amish community was unthinkable. Feeling hopeless, Julia did the only thing she could do: she moved to a new town and pretended to be a widow. But meeting Levi, she's hopeful for the first time. Little by little, she begins to imagine telling him her darkest secret, and eventually . . . perhaps even sharing her life with him.

Christmas is a time for family, and as the holiday draws closer, Julia and Levi will have to face their pasts together . . . in order to find the healing, support and love they so desperately desire.


I have to say that A Sister's Wish is hands down my favorite book in the whole series. Amelia and Simon's story has been building in the series and I was anticipating how they would get together. One of the things that made this particular story my favorite is the depth of the character Simon. He grew up Amish but had a troubled life. By sharing his story of falling out of faith and being redeemed it really helped build a solid character. Amelia's faith in him and unconditional love was a testimony of just how sweet she is - which had been mentioned by all her siblings for some time. I think this particular book dug deeper and in the end it made for a wonderful story.

An Amish Family Christmas was also an enjoyable read. I love holiday books because there is something special about that particular time of year that always makes the stories sweeeter. We learn about Levi in this book. Where he has been and why he was gone. I wish this book had been a little deeper like A Sister's Wish but it was pretty good. His love interest Julia fits well into the Kinsinger family and was a wonderful match for Levi. Their passion for each other was a nice twist to this story.

I really would love to see at least one more book in the Charmed Amish Life Series - maybe a focus on Simon's sister or brother but with a large glance at the Kinsinger siblings and where they end up. Two have married and one has a child on the way. The remaining two are engaged so it will be nice to see how the future unfolds for them all.


Click on the banner below to enter a giveaway for these wonderful books! 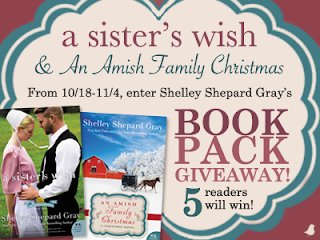