Book Review: The Mark of the King by Jocelyn Green 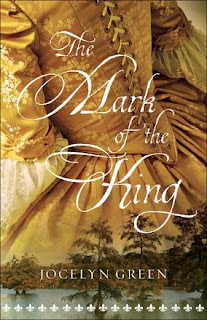 2017 has started with a great book in fact I dare say this will be my favorite book for the whole year! Yes I'm saying that as we begin the year and but it is just that fantastic. This book starts off with a fantastic strong character Julianne Chevalier. She has raised her younger brother and even started a career as a midwife. While that might not sound impressive you have to keep in mind that it is set in France in 1719. That was quite a feat for a women of that time. Circumstances quickly change for Julianne and she finds herself going to the New World and eventually in New Orleans.


Julianne goes through so much hardship over the course of the book. It might seem like too much but when you consider the times you remember that the country was raw and rough. Life was short for many settlers. She has a past she has to reconcile with and the story around that is fantastic. I know I'm being vague but believe me it is on purpose. I want you to enjoy all the twist and turns of this story for yourself. The characters are well developed and the story has many factual places and events. Jocelyn Green has really given us a wonderful look at early America and New Orleans.

The Mark of the King (Bethany House, January 2017)

Sweeping historical fiction set at the edge of the continent

After being imprisoned and branded for the death of her client, twenty-five-year-old midwife Julianne Chevalier trades her life sentence for exile to the fledgling 1720s French colony of Louisiana, where she hopes to be reunited with her brother, serving there as a soldier. To make the journey, though, women must be married, and Julianne is forced to wed a fellow convict.

When they arrive in New Orleans, there is no news of Benjamin, Julianne's brother, and searching for answers proves dangerous. What is behind the mystery, and does military officer Marc-Paul Girard know more than he is letting on?

With her dreams of a new life shattered, Julianne must find her way in this dangerous, rugged land, despite never being able to escape the king's mark on her shoulder that brands her a criminal beyond redemption. 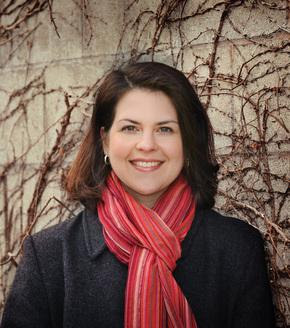 Jocelyn Green inspires faith and courage as the award-winning author of ten books to date, including Wedded to War, a Christy Award finalist in 2013; Widow of Gettysburg; Yankee in Atlanta; and The 5 Love Languages Military Edition, which she coauthored with bestselling author Dr. Gary Chapman. A former military wife herself, her passion for military families informs all of her writing as well as her numerous speaking opportunities. Jocelyn graduated from Taylor University with a BA in English and now lives with her husband and two children in Iowa. 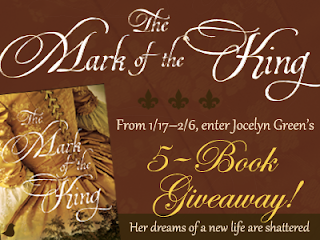