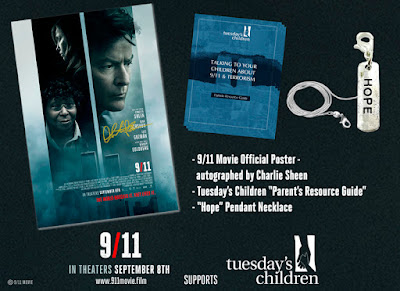 I can still remember that day so clearly. I was home with my first born son, who was just 1 years old. I was sitting on the couch nursing him while watching television. Back then I would watch those morning talk shows because that is what my Mom did when I was growing up. I remember them breaking away to news that the first tower had been hit. I then called my Mother-in-law on the phone and was telling her what happened when we watched the second plane hit. That was the moment things truly became scary because the realization that this was no accident set in. I remember being so fearful. My husband was working on a military base that day and this was before cell phones. I was worried something would happen at his work, after all we are in NJ which is not that far from NYC. That day I sat glued to the screen. It was all that was on television. In fact television eventually stopped. Most stations went silent and off air during the upcoming days. This was life changing and the entire country took notice. 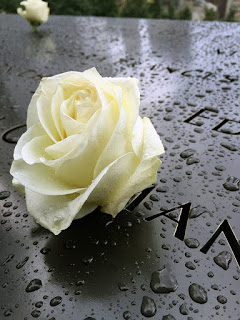 People came together like never before. The whole country mourned together. I know my world changed that day. I haven't flown since the summer before that happened.

9/11 opens in theaters on September 8 and features an all star cast including Luis Guzman (The Taking of Pelham 1,2,3), Gina Gershon (Showgirls), Wood Harris (Justified), Jacqueline Bisset (Dancing on the Edge (BBC), Welcome to New York), Olga Fonda (The Vampire Diaries) and Bruce Davison (X-Men).
In the World Trade Center, a billionaire sits in his attorney’s office awaiting a divorce hearing against his wife. In a west side apartment, a bike messenger kisses his 5-year old daughter and sings her “Happy Birthday” before leaving for work. A maintenance man gets dispatched to help a tenant with his lock. In an upper east side apartment, a young model musters the courage to break up with her sugar daddy. As random as random can be, these individuals step into a crowded World Trade Center elevator.
Wrapped up in their own world, they all ride silently hearing only the sound of the elevator giving notice of each floor. When the elevator stops on the 34th floor, it empties leaving only these five behind. Moments later ... their world changes as the collision of a jet into the North Tower incapacitates the elevator.
With no understanding of what has happened and is happening around them, these fives are forced to band together and fight against all odds to escape from the impending horrific collapse. During these critical minutes, a story of courage, faith, and the will to live unfolds.


WIN WIN WIN
The Prize Pack Contains:
1 - 9/11 poster Hand Signed Autographed by star Charlie Sheen
1 - “Hope” Pendant with necklace
1 - Guide to Talking To Your Children About 9/11 thanks to Tuesday’s Children