I have two new books to share with you from a new series called First Names! These books are recommended for ages 8-12 (3rd-7th grade.) They have the perfect blend of text and illustrations to capture children's attention while reading about these fascinating people. 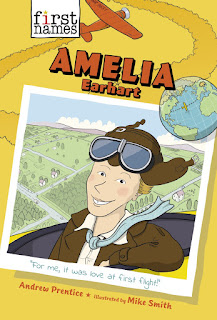 
Before Amelia Earhart (1897–1939) became a world-famous pilot, she was a little tomboy from Kansas with a taste for adventure. When she visited an airfield and took a short plane ride, she knew she had to be a pilot. She signed up for flying lessons and cropped her hair short so that the other pilots would take her seriously. She became the first woman to make a solo flight across the Atlantic Ocean. With each flight she took and each record she broke, Amelia became more and more of a celebrity. Her final flight was intended to be a trip around the whole world, but her plane disappeared after takeoff—and her disappearance is still a mystery today. Inspirational, highly illustrated, and full of adventure, Amelia Earhart tells the story of the feminist icon who changed the world of aviation. It includes a timeline, glossary, and index. 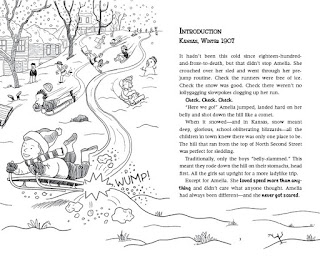 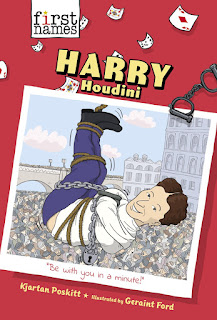 Before Harry Houdini (1874–1926) became the greatest magician in the world, he was just little Ehrich Weisz, a Hungarian-born immigrant who moved to America with his family and performed stage tricks for a little extra cash. He started off with card tricks and then eventually began performing the escape acts that would make him famous. Known for his daring and death-defying illusions, he would do some of the greatest tricks ever: escaping from a milk can, being buried alive, and being locked inside a crate and thrown into a river. He conquered each of these seemingly impossible feats and showed the world the power of a little magic. Fun, fast-paced, and highly illustrated, Harry Houdini tells the story of the curious boy who became the world’s greatest magician and reveals how Houdini did some of his most stunning escapes. It includes a timeline, glossary, and index. 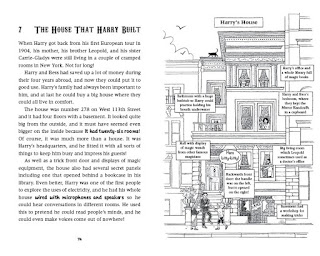